Peptides have an amino end and a carboxyl end, unless they are cyclic peptides. A polypeptide is a single linear chain of amino acids bonded together by peptide bonds. Protein molecules consist of one or more polypeptides put together typically in a biologically functional way and sometimes have non-peptide groups attached. These non-peptide groups are called prosthetic groups or cofactors. 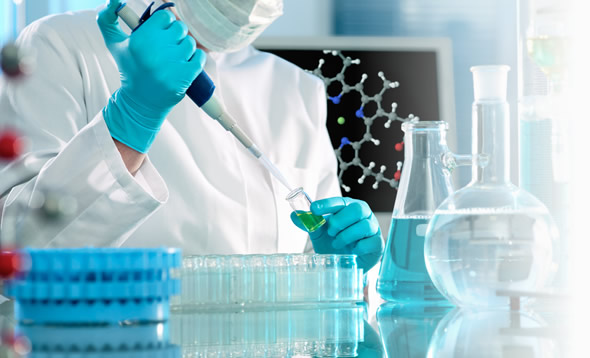 One of those being that the peptide chains must be short enough to be made synthetically from the constituent amino acids. Then they are considered to be called peptides rather than proteins. However, with the advent of better synthetic techniques, peptides as long as hundreds of amino acids can be made, including full proteins like ubiquitin. Native chemical ligation has given access to even longer proteins, so this convention of definition seems to be outdated.

Another definition places an informal dividing line at approximately 50 amino acids in length (some people claim shorter lengths). This definition is somewhat arbitrary. Long peptides, such as the amyloid beta peptide linked to Alzheimer’s disease, can be considered proteins; and small proteins, such as insulin, can be considered peptides as well.

See all our peptides