Trenbolone Enanthate is an extremely powerful anabolic steroid and is virtually interchangeable with Parabolan (TrenboloneHexahydrobenzylcarbonate). All Trenbolone compounds carry the same, identical Trenbolone hormone. The only difference in the compounds is the ester attached, which helps to control the hormone’s releasing activity. There will not be much difference in TrenboloneEnanthate and Parabolan in this regard.

The Trenbolone hormone is commonly classified as a veterinarian grade anabolic steroid. Trenbolone Acetate, although the most popular Tren compound among performance athletes is also essential to the livestock market. However, TrenboloneEnanthate does not fall into this category, not technically. TrenboloneEnanthate is strictly an underground black market anabolic steroid. The compound first appeared in 2004 under the British Dragon label Trenabol. This makes TrenboloneEnanthate the youngest of the three common Tren forms and the only one that has never been used in what we’d consider legitimate medicine. Trenbolone Acetate was actually studied in a human therapeutic capacity, however, largely rested on vet grounds. Then we have Parabolan, which is the only human grade or pharmacy grade Trenbolone hormone ever created and it enjoyed enormous success until its discontinuation in 1997.

What can be said of all Trenbolone forms can be said of TrenboloneEnanthate on a functional basis. The traits of the Tren hormone are the same with all Tren compounds. However, unlike the Acetate version the individual should be able to inject the Enanthate version far less often, but still on a schedule similar to Parabolan. Unfortunately, the only TrenboloneEnanthate you will ever find will also only be on the underground black market through underground lab labels. Some of the larger suppliers carry it, most all carry the Acetate version but Enanthate based Tren can at times be a little harder to find. 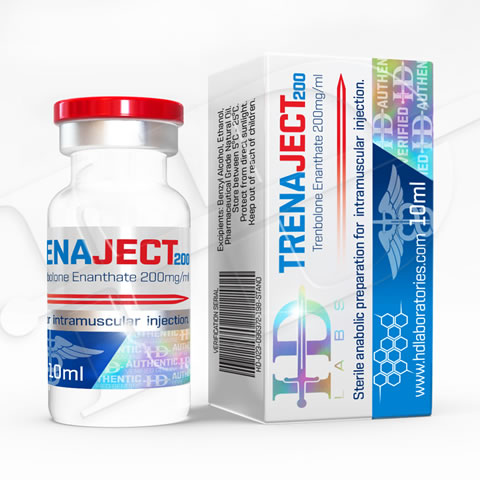