HGH (rDNA origin) or Somatropin is any form of synthetically created Human Growth Hormone (HGH). Synthetic HGH is simply a man made version of the naturally produced Growth Hormone (GH) by the human body. This is one of the most valuable and important hormones our body makes, and is perhaps the most sought out synthetic hormone on the market.

Human Growth Hormone is a protein hormone produced by the anterior pituitary gland. It is produced by all living human beings, and is at its highest levels during childhood. HGH represents one of the most important hormones in the human body as it affects our bones, skeletal muscle and internal organs, as well as plays roles in numerous other areas throughout the body. Human Growth Hormone also supports the metabolism of carbohydrates, fats and minerals. Through its direct mode of action, it can also stimulate the growth of connective tissue. Beyond connective tissue growth, HGH has been shown to significantly increase the size and number of cells in skeletal muscle. The hormone will also further support triglyceride hydrolysis, which in turn will promote the reduction of adipose tissue or body fat. So effective in its abilities surrounding fat, HGH has been shown to significantly reduce total cholesterol levels. This, among many other things can be very useful to the anabolic steroid user as many steroids tend to support improper cholesterol levels. In its direct functioning capacity, Human Growth Hormone sends a signal to the cells in the muscle, bone and adipose tissue to promote anabolism (muscle growth) and lipolysis (fat loss). However, it also carries indirect traits in that it increases gluconeogenesis and promotes insulin resistance. In the end, all these traits give us a reduced sensitivity to insulin, increased glucose levels and increases in the rate of lipolysis.

On a structural basis, it is important to note the exact or precise composition of HGH if you are going to purchase a synthetic form. This is important as there are many HGH variants or fragment hormones but they are not Somatropin. True Human Growth Hormone carries 191 amino acid residues making it identical to naturally produced HGH.

The effects of Human Growth Hormone are nothing short of tremendous. Through supplementation of Somatropin, we can see improvements in numerous areas of our physical wellbeing, and in some cases, they can be dramatic. In a therapeutic setting, HGH is most commonly used to treat pituitary dwarfism in children or to combat an HGH deficiency in adults. This could be caused by pituitary cancer or simply be due to a lacking of production that commonly occurs with age.

In a performance setting, HGH has rapidly become one of the most sought after hormones on the market. It is tremendously anabolic; however, when used alone and at a moderate dose it is not well-known for promoting truly massive growth. For true performance related growth, the individual will normally need to use it in conjunction with anabolic steroids. Anabolic steroids and HGH appear to work in perfect harmony with one another. However, even when used alone Human Growth Hormone will promote recovery far greater than most any exogenous hormone, as well as carry a pronounced positive effect on the metabolism. As it pertains to healing, HGH carries tremendous healing properties that can be beneficial to nearly all areas of the human body.

Human Growth Hormone also shares a correlating role with the potent and powerful anabolic hormone Insulin-Like Growth Factor-1 (IGF-1). IGF-1 is highly anabolic, carries tremendous recovery properties and affects nearly every cell in the human body. The use of HGH will result in an increase in IGF-1; in fact, IGF-1 levels will remain elevated far past the elevated HGH levels. It is, however, important to keep in mind that IGF-1 can carry some antagonist effects to HGH, which could make the use of exogenous IGF-1 supplementation ill-advised during HGH use for some individuals.

Human Growth Hormone has in recent years been deemed the fountain of youth, and as we look at the effects of HGH it’s not too hard to see why. Will it prevent aging? Absolutely not, but it can undoubtedly make the aging process far more manageable. In short, there are very few healthy adults who would not benefit from HGH supplementation, and this includes not only in a performance setting but in all walks of life. To give you a direct understanding or appreciation, the effects of Human Growth Hormone can include the following in both men and women: 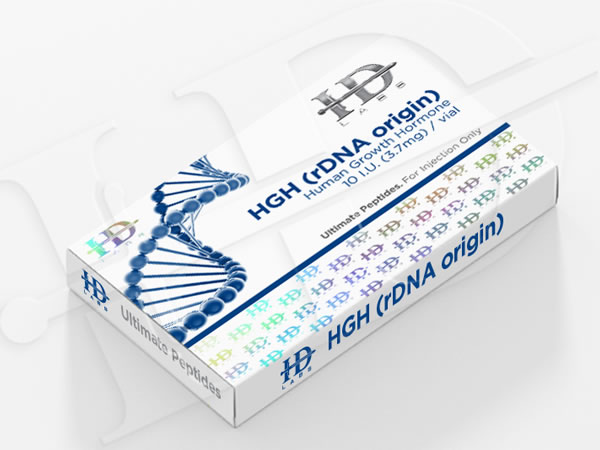